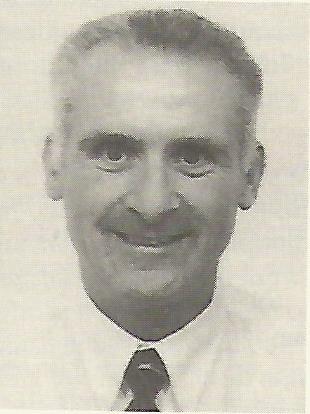 INTRO.:  A hymn which expresses glory and dominion to the Lord is “Glory to God” (#299 in Hymns for Worship Revised).  The text was written by Stephen (Steve) Kearney, who was born on Dec. 12, 1946, in Dublin, Ireland, and raised in a Roman Catholic home.  His wife’s name is Cora, and they have one daughter named Noelle.  After completing his early education at the Milltown National School, he spent three years in Dundrum Technical College and an additional two years of evening classes in the National College of Art.  The Kearneys moved to South Africa with Steve’s work, and he was converted there through the teaching of Wayne Sullivan in Pretoria, renouncing Catholicism.  A few months after his baptism, his wife obeyed the gospel.

Steve studied in special teacher training classes taught by Gene Tope from 1967 to 1974, and he preached while also working as a display artist in Krugersdorp and Pretoria.  In 1975, the Kearneys returned to Ireland so that Steve could preach the gospel and establish a local church there, and he continues to work with the Knocklyon Church of Christ at Templeogue in Dublin.  I met Steve and Cora in 1975 when he delivered a series of lectures on “Mothers of the Bible,” focusing mainly on Mary, the mother of Jesus, in a series of lectures at the Thayer St. Church of Christ in Akron, OH.  Also, he spoke during the 2001 lectures at Florida College in Temple Terrace, FL, on the subject of “Surpassing Righteousness,” but that was not a year when we attended.

The tune for Kearney’s song “Glory to God” was composed by Sammy Stirling, about whom I have no further information, except that I have been told that he was a Christian who lived in Northern Ireland.  The arrangement was made by Dane K. Shepard (b. 1951).  The song was copyrighted in 1990 by Kearney and Stirling and published in Hymns for Worship Revised.  In earlier editions of Hymns for Worship, originally published in 1987, #299 was “Jesus Is Coming Again,” written in 1957 with both words and music by John W. Peterson.  The church at Knocklyon now has 60 in attendance at worship services on Sunday mornings.  The property is located on Knocklyon Road in Dublin.

The song suggests three ways in which we give glory to God.

I. Stanza 1 indicates that we can give glory to God by praising Him

For Yours is the Kingdom, the power, and the glory;

Yours is creation, redemption’s story.

Yours is the love in Christ we see;

Yours is the beauty of Jesus in me.”

II. Stanza 2 indicates that we can give glory to God by praying to Him

“Lord, give me compassion for souls that are lost;

Give me a mind that’s counted the cost.

Give me the courage to master my sin;

Give me the Spirit of Jesus within.

III. Stanza 3 indicates that we can give glory to God by thanking Him

“O how can I thank You for all You have done:

For Christ Who died, my heavenly home,

Love of the faithful, Your Word so true,

The hope of glory forever with You.

CONCL.:  The chorus continues to express glory to God.

Glory to God, Yes, glory to You,

Splendor and majesty, righteousness too;

Eternal dominion, the praises of men

Are Yours forever and ever again.

When we consider all the blessings bestowed by the Lord on mankind, both the physical provisions for life on earth and especially the gift of salvation with the hope of eternal life, we should be moved to give “Glory to God.” 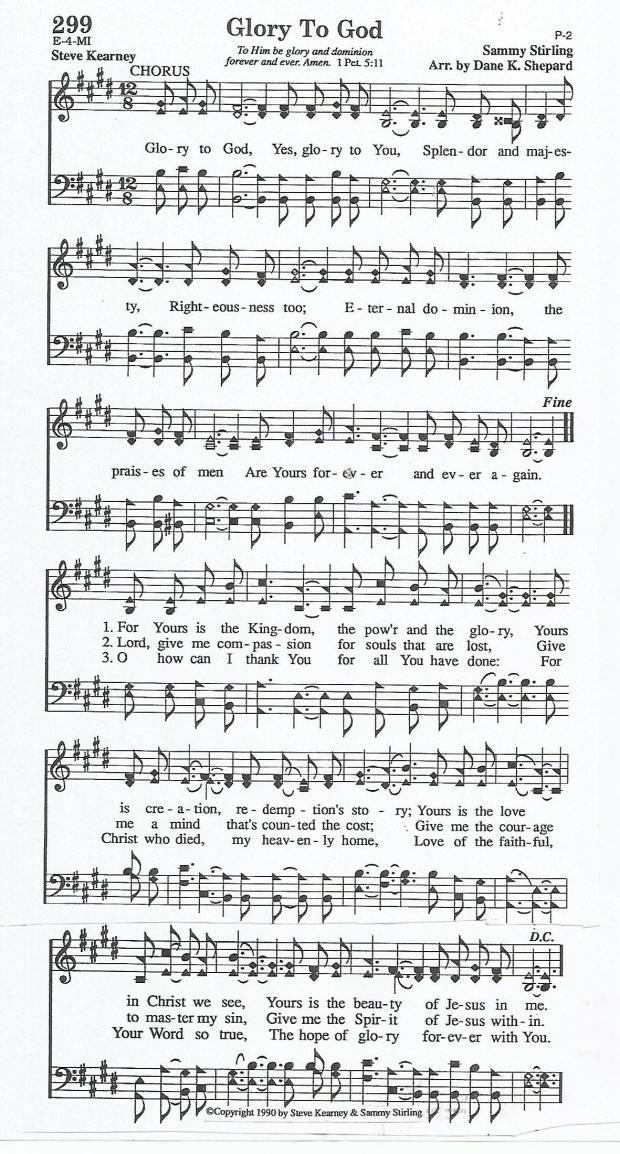