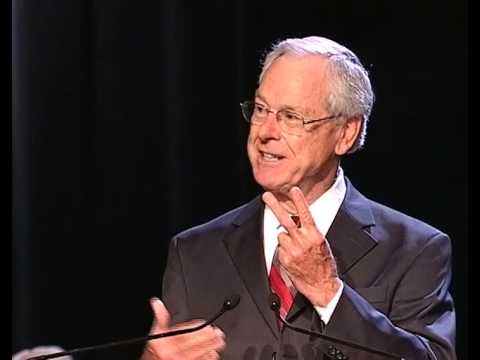 INTRO.: A hymn which encourages us to love God with all our heart, soul, and mind is “Do You Love the Lord?” The text was written by Thomas H. Holland, who was born in 1931 to Ross R. and Elzie Flanagan Holland, graduating from Freed-Hardeman College (now University) in 1951. His further education included a B.A. (David Lipscomb College), an M.A. (Abilene Christian University), and a Ph.D. (Southern Illinois University). His wife’s name is Linda D. Holland.  A well known preacher and lecturer among Churches of Christ, he is the author of numerous books on homiletics and sermon outlines. One website listed the following sermon outline books by Tom Holland: Essential Elements of Expository Preaching, Steps into the Pulpit, Lasting Truth about Last Things, Worship–Meaning and Manifestation, The Ways of Wanderers, Preaching: Principles and Practice, Christ Has Come, Spiritual Self Examination, The Work of the Preacher is Working, Encouraging Preachers, Encouraging Expository Preaching, and Sermon Design and Delivery, the last of which, published in 1967 by Gussie Lambert Publications, I have in my library.  After serving as Professor of Speech at Lipscomb University in Nashville, TN, Holland was for many years instructor in speech and Bible at Freed-Hardeman in Henderson, TN.

In addition, Holland has had an interest in hymn singing and has reportedly written some xx hymns and helped to edit two hymnbooks. In July, 1969, a gospel meeting was held in Diana, TN. William Sanders of Diana led the singing, and Tom Holland, then of Henderson, TN, did the preaching. Afterwards, the two men decided to hold an all night singing in Diana which has since become a twice yearly event.  “Do You Love the Lord?” was copyrighted in 1971 by Holland Publications of Henderson, TN, and the tune was composed by Holland with P. W. Epler. It was apparently first published in the 1977 Special Sacred Selections edited by Ellis J. Crum.  I first noticed the song on sheets pasted on the inside front cover in copies of the 1966 Christian Hymns No. 3, edited by L. O. Sanderson for the Gospel Advocate Co., used by the Eastside Church of Christ in Booneville, KY, when I held a gospel meeting there in 1990.

Holland retired as university communication professor in 1998, but later became director of the Nashville School of Preaching and Biblical Studies, sponsored by the Crieve Hall Church of Christ, 4806 Trousdale Drive in Nashville, TN.  One person wrote, “Tom Holland … was another excellent teacher. I had him for homiletics and for several Bible classes. I became better acquainted with him on a personal level in later years, but I am one of a great number of gospel preachers from my generation who learned the nuts and bolts of sermon crafting from brother Holland.”  He also remained active by being an author, lecturer, after dinner speaker, and leadership workshop presenter; serving as President of Guyana Christian University in Lethem, Guyana, South America; doing a television program “Tom’s Past-Time Porch;” hosting a new radio program, “Stand Up For America;” and working as an evangelist.

Among other hymnbooks published by members of the Lord’s church for use in churches of Christ, I have seen the song in the 1978/1983 Church Gospel Songs and Hymns edited by V. E. Howard; and in the 2007 Sacred Songs of the Church edited by William D. Jeffcoat (which makes the original stanza 4 the chorus for stanza 3). The copyright was renewed by Holland in 1999. Sacred Songs for the

Church also contains six other songs by Holland as well.

The song reminds us why we love the Lord and why it is so important to show our love for Him.

I. Stanza 1 says that He sent His Son for us

“God sent His only Son

From realms of light above

To fill our lives with peace

And show us His great love.”

II. Stanza 2 says that He paid for our sins by the death of His Son

“He bled and died for thee

His precious life He gave

Our souls from sin to save.”

III. Stanza 3 says that He makes it possible for us to have a home above

“When in that home above

Where all is peace and love,

IV. Stanza 4 says that He helps us to serve Him and walk the narrow way

We’ll serve Him every day

And walk the narrow way.”

CONCL.: The chorus continues to emphasize the importance of loving the Lord and showing it by serving Him and walking in His way.

Oh, do you love the Lord?

Then serve Him every day

And walk the narrow way.”

Since the first and greatest commandment is that we love the Lord with all our heart, soul, and mind, and only those who do so can hope to receive a home in heaven, we shall do each other a great favor by asking one another, “Do You Love the Lord?”

3 thoughts on “Do You Love the Lord?”