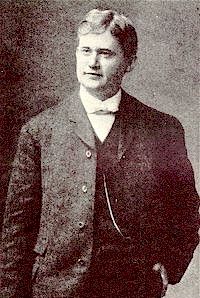 “WHEN I GET TO THE END OF THE WAY”

“For our light affliction…worketh for us a far more…eternal weight of glory” (2 Cor. 4:17)

INTRO.:  A song which compares the light afflictions of this life with the eternal weight of glory in heaven is “When I Get to the End of the Way” (#400 in Hymns for Worship Revised, #411 in Sacred Selections for the Church).   For many years, it was thought that the text was written by an unknown author.  Most books fill the spot for the author’s name with asterisks or leave it blank to indicate that the authorship was anonymous.  Some books, such as Inspiring Hymns compiled by Alfred Smith and published by Zondervan in 1976, identified Harriet Cole as the author, but no further information was available.   However, an article headlined, “Milton poet honoured at Zion United Church,” published on August 15, 2008, at NovaNewsNow.com from Kentville, Nova Scotia, Canada, says, “Heddie Edwards brought the hymn ‘When I Get to the End of the Way’ to choir director Marjorie Speed’s attention several weeks ago. ‘She brought me the music, and it seemed like a nice thing to do something that had local connections,’ said Speed. Harriet Cole was the author’s pen name, which Linda Rafuse, Queens County Museum Director, discovered in 1992 after trying to find more information on the Milton poet. Her real name was Harriet Nickerson; she lived from 1841 to 1883.  The hymn was adapted from a book of poetry entitled Songs from the Valley, printed in 1878.  The hymn is credited to Charles D. Tillman, but the words are from Cole’s book of poetry.”

Further research reveals that Harriet Cole Nickerson (1841-1883) was born in Milton, Nova Scotia, to James Nickerson (b. c. 1804) and Ruth Cole Nickerson (b. c. 1815). Though Harriet is listed as a schoolteacher on the 1881 census, she suffered from an emotional disorder known as “entire nervous prostration” leaving her exhausted and unable to work. Finding solace in religion and poetry, she wrote poems, mostly by dictation, relying on her sister Hannah’s dedicated assistance.  While staring out the window from the sofa, Harriet composed, and Hannah wrote. Perhaps because of her vulnerable physical and emotional state, Harriet chose to use “Harriet Cole” as a pseudonym. In addition to the publication of “The End of the Way” as a hymn, one volume of her poetry was published in Halifax three years before Harriet’s untimely death in 1883. She was buried at the Milton Community Cemetery.  The words were likely arranged and the tune (End of the Way) was composed both by Charles (Charlie) Davis Tillman, who was born at Tallassee, AL, on Mar. 20, 1861, the youngest son of James Lafayette Tillman and Mary Davis Tillman.  As a young man, Tillman travelled with his preacher father in evangelistic work.  Later, he worked as a house painter, was a travelling salesman for a Raleigh, NC, music company, sang comic songs on a travelling wagon advertising Wizard Oil, and was first tenor in a male quartet.

In 1887, Tillman began his career in gospel music and established his own publishing company in Atlanta, GA, editing about twenty gospel song collections which were quite popular throughout the southern United States. At one time, he was song leader at the Indian Spring Holiness Camp Meeting in Flovilla, GA.  About 1891, when he was assisting his father in a tent meeting at Lexington, SC, a group of African Americans borrowed the tent for a Sunday afternoon service.  Their singing of the Negro spiritual “The Old Time Religion” so impressed Tillman that he wrote it down and later published it for the first time in any form.  Two other songs by Tillman which became immensely popular were “My Mother’s Bible” and “Life’s Railway to Heaven.”  The melody for “When I Get to the End of the Way” was produced in 1895, and the song first appeared in his Revival Songs, No. 2, in 1896.  Sometimes Tillman himself is identified as the author.  Probably his best-known and most often used hymn melody has been “Ready to Suffer” which he composed in 1903 for another text by an unknown author and published in The Revival, No. 4.  His death occurred in Atlanta, GA, on Sept. 2, 1943.

The hymn suggests several reasons why the Christian longs for heaven.

The sands have been washed in the footprints

Of the Stranger on Galilee’s shore;

And the voice that subdued the rough billows

Will be [Is] heard in Judea no more,

But the path of that lone Galilean,

With joy I will [Will I joyfully] follow today.

There are so many hills to climb upward,

[And] I often am longing for rest;

But He [the Lord] who appoints me my pathway,

Knows just what is needful and best.

I know in His Word He hath promised

That my strength “it shall be as my day.”

III. In stanza 3 (not in HFWR), we are told that heaven will be the reward for those who have overcome the trials of life

He loves me too well to forsake me,

Or give me a trial too much;

His people have been dearly purchased,

And Satan can never claim such.

By and by I shall see Him and praise Him,

In the city of unending day.

When the last feeble steps have been taken,

And the gates of that city appear,

And the beautiful songs of the angels

Float out on my listening ear,

Then [When] all that now seems so mysterious,

Will be bright and as clear as the day.

CONCL.:  The chorus, which is repeated in most versions, reemphasizes the thought of heaven’s glory as compared to earth’s tribulations:

And [Then] the toils of the road will seem nothing

When I get to the end of the way,

And [Then] the toils of the road will seem nothing

When I get to the end of the way.

It is reported that this song has been a favorite with older folks.  And that is understandable, because, even though I have liked it from my youth up, the older I get, the more I realize that I will find heaven worth all the effort “When I Get to the End of the Way.”